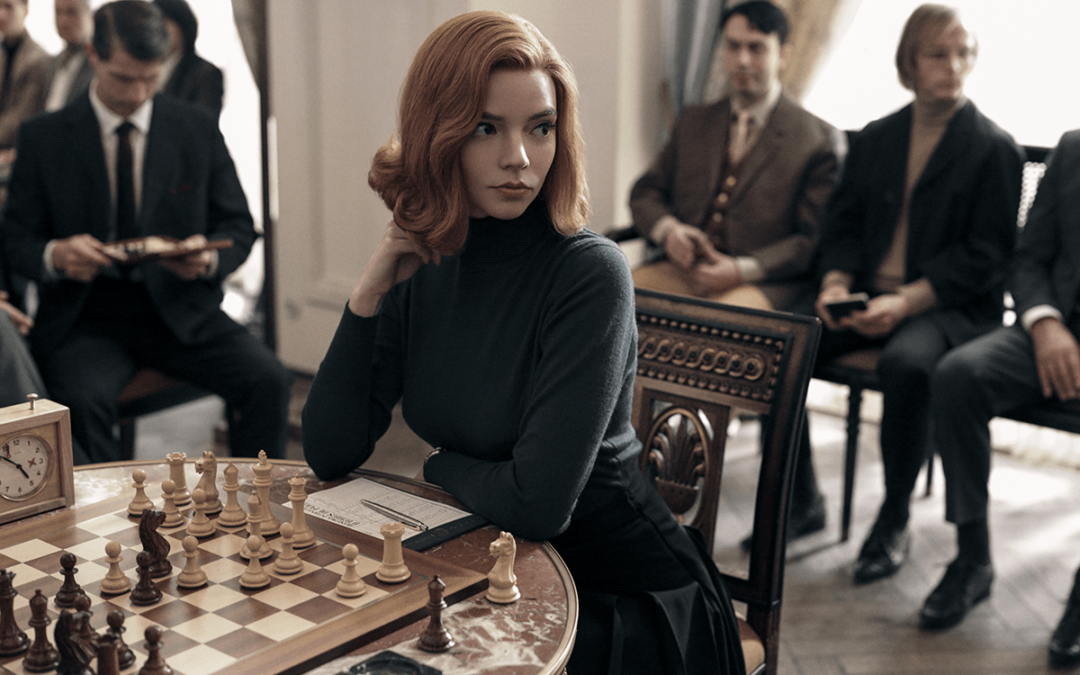 Artificial intelligence and human brain in chess game – Netflix mini-series “The Queen’s Gambit” launched last October has conquered everyone. The plot was inspired by Walter Trevis homonymous book “The Queen’s Gambit” (that it a particular chess move) and tells the story of Beth Harmon, child prodigy of chess at age of 8 that will finally beat the world chess champion at the age of 22.

Following the success of the series, the website chess.com created a virtual version of Beth Harmon that chess players can play against in each of her life’s stages, corresponding to different difficulty levels.

In real life, the world chess champion since 2013 is Norvegian Magnus Carlsen, nicknamed Mozart of chess because of his early and natural talent. But even his genius may be defeated by a machine.

Following the success of the series, the website chess.com created a virtual version of Beth Harmon that chess players can play against in each of her life’s stages, corresponding to different difficulty levels.

In real life, the world chess champion since 2013 is Norvegian Magnus Carlsen, nicknamed Mozart of chess because of his early and natural talent. But even his genius may be defeated by a machine.

Artificial intelligence in chess matches – The first computer that could compete with human brain at chess was MANIAC, developed in 1956 in Los Alamos Scientific Laboratory; in 1966 computer Mac Hack VI defeated the MIT Philosophy Professor Hubert Dreyfus, that once claimed that no computer program could beat even a 10 years old child’s brain at chess.

In the Spring of 1967 Mac Hack VI was the first computer to win a human tournament. In 1968 the International Master of chess David Levy bet that no chess computer could beat him within 10 years and he actually won the challenge beating Chess 4.7 (the strongest computer at the time) in 1978. In the following years, computers kept reporting wins, sometimes punctuated by humans victories.

In 1981 Crazy Blitz became the first computer to defeat a chess master in a tournament; on the other hand in “The Harvard Cup Man versus Computer Chess” challenge, held in 6 matches between 1989 and 1995 human brain obtained the highest score.  Between 1986 and 1997 the Aegon Man-Machine tournament, organized by Aegon insurance company was held in Norway and it was interesting noticing how local players specialized in anti-computer tactics got better scores and won more matches that masters of chess.

In 1989 Deep Thought was the first computer to become Chess International Great Master, even defeating David Levy in an exhibition match; in 1997 Deep Blue, developed by IBM, defeated the world chess champion Garry Kasparov, becoming the first computer to defeat a man in a match play, even documented in the documentary movie “Game Over: Kasparov and the Machine”.

artificial intelligence and human brain together

Artificial intelligence and human brain together – Machines’ reported several victories over years at chess, but they haven’t caused the end of game.

Todays best players use AI for game analysis, to study their moves and improve their skills, even getting stronger than previous players and showing that teaming up with AI, definitely improves the game and human performances.

A new way of playing is born, named Cyborg Chess: as in a regular match, players face each other across a chess board, applying regular rules despite for the use of computers that help players in the analysis of positions, while leaving final decisional moves to human will.

Extraordinarily, best Cyborg Chess teams perform better than single computers or single chess players, confirming that  AI and human brain together are un-beatable when they team up.

In the free-style chess tournament PAL/CSS organized by Abu Dhabi PAL Group in 2005, for example, Team Zacks comprised of two average players and less powerful AI, bet three chess great masters, when in regular conditions they would have less than 1% chance of winning.

This means that computers controlled by humans can perform better than single machines and men only, as we can see even in other fields, such as automatic flight pilots or robot assistance in medical surgery, for example. Man-machine cooperation, infact, will definitely change jobs and the way people work today. As Albert Einstein once said: