artificial intelligence as seen in movies 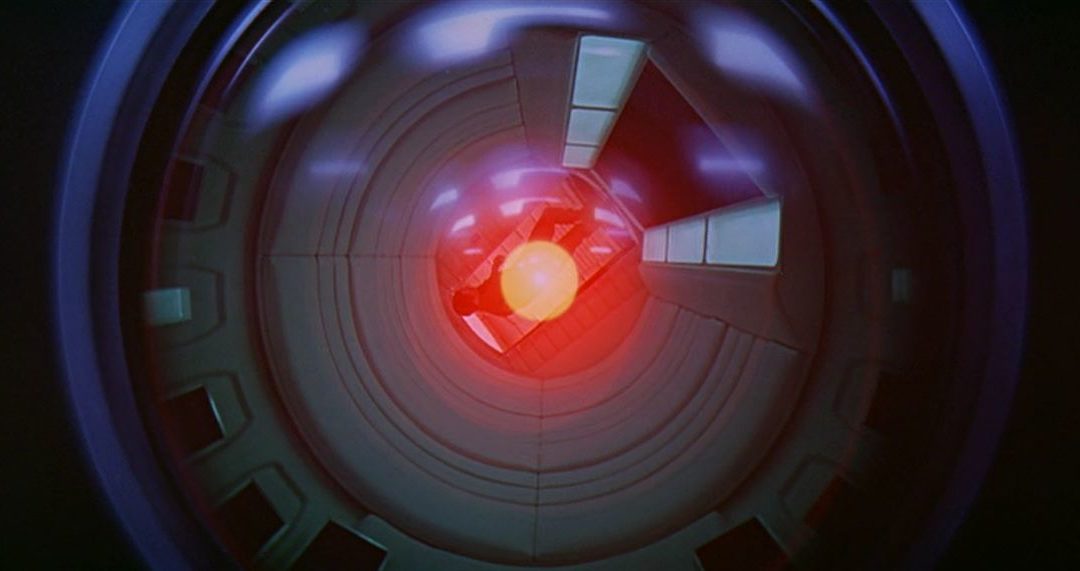 The first movie about artificial intelligence was “Metropolis” by Fritz Lang, a German expressionist film set in a dystopian and futuristic city, where the proletarian class was forced to work for the maintenance of the machines for water and energy supply, where Maria, the first female-looking android of cinema, was in charge of controlling workers’ discontent. The film will inspire in the future hits like “Blade runner” and “Star Wars”.

Later, movies and TV series followed the development of the computer industry and society changes, often drawing apocalyptic scenarios, but also sentimental or comic settings as in the 80’s television series “Small Wonder”, where the little robot Vicky, created with the perfect appearance of a child interpreted human commands literally, generating hilarious situations.

However, robots and technology have often been represented as negative and dangerous, capable of taking control and threatening humans: HAL 9000 in “2001 A Space Odyssey”, the 1968 Stanley Kubrick masterpiece, was was capable of interpreting every single human movement and ended up rebelling for the fear of being disabled; in James Cameron’s 1984 film “The Terminator”, a cyborg killer travels back in time on behalf of an artificial intelligence network that rebelled against humanity, aiming to kill the mother of the future leader of the resistance movement that was able to defeat machines; in the 1999 the movie “Matrix” by Wachowski brothers, the protagonist finds the real world of the 22nd century fighting against machines equipped with artificial intelligence, that rebelled against humanity.

On the other hand, the movies that have focused on emotional and sentimental aspects have often recreated settings of loneliness and alienation.

In Steven Spielberg’s “AI” a cloned robot with child features suffers terribly because of his mother abandonment; in “Bicentennial Man” played by Robin Williams the robot Andrew is estranged from the family he used to serve as an housekeeper and lives over time in his ambivalent condition of a man-machine being, living the loss of the people dear to him; in Disney’s 2009 animated film “Wall-e” is a romantic and solitary robot, able to feel emotions and falling in love; in “Her”, a Spike Jonze 2013 movie, a lonely and introverted man loses interest in human relationships and falls in love with the OS-1 operating system, which is increasingly intelligent and empathetic to him.

The 2011 Netflix series Black Mirror, based on implications and side effects of technological devices and AI, deals with the topic of virtual identity in the episode “Come back to me”, where a young widowed woman uses an online service to recreate a virtual version of the husband, through the collection of social network content and messages left alive by the man; in the episode “Metalhead”, the image of AI returns as an infallible but disturbing form of intelligence, in the form of robot dogs that stubbornly carry on their mission as a terminator, never letting the viewer breathe.

artificial intelligence as seen in movies: the boundary line between fiction and reality

The disturbing image of AI in movies as well as in human perception, is perhaps due to man’s fear of himself, since his human intelligence allows him to understand that the scenarios of war, desolation, pollution and androids with destructive intent, can only be conceived by his own mind.

Beyond the film industry, however, collaborative scenarios open up and see AI successfully used in the medical, industrial, engineering and military fields where only humans have the decision-making power to use it for a good purpose.

For example, Pepper, the humanoid robot developed by the Japanese company Softbank and launched on the market in 2016, is able to recognize and interpret human emotions, analyzing facial expressions and tone of voice and is currently employed as a receptionist in some companies in United Kingdom and Japan, as well as in schools and universities in the research field of human-robot interaction. Pepper’s purpose is expressly to “allow people to enjoy life” by facilitating their relationships and contacts. However highly sophisticated he may be, he cannot feel emotions himself, nor activate himself without a man.

Isac Asimov, the father of science fiction literature, developed the “Three Laws of Robotics” in the 1940s, that are:

On movie sets it is obviously possible to evade these laws as well as other laws, however, although they are rules of a fantastic world, these principles are extremely rational, indeed, in preventing the bad that the man himself could provokeand against which Asimov felt maybe the need to set limits even in his fantastic narratives.